A sunny december day and a spring temperature. Is it really a winter wedding? Susan and Chad, a sweet couple from U.S.A., has decided to get married in Tivoli. This little city, just a short drive from  Rome, is famous for its strong connection with water and nature: spa, fountains and waterfalls rule all over the territory and nature: spa, fountains and waterfalls rule all over the territory.
After a Civil Ceremony at the city hall we are gone in one of the best place which Tivoli is known for: Villa D’Este gardens Unesco world heritage site. The Villa was an old monastery modified in one of the main residence of the son of Lucrezia Borgia, Ippolito d’Este. The frescos inside the villa are a  continuation of the nature booming outside. Susan and Chad have had a surprised expression looking for the first time the Reinassance garden planned by Pirro Ligorio in 1550: he created a model that influenced all European landscape design thanks to his clever application of plumbing in the waterworks and the use of the natural slope of the territory.
A Winter Wedding Photoreportage inside an enchanting place as Villa D’Este is, with something like 500 fountains, is very interesting: we have tried to reach Susan and Chad love between water plays, mirrored in the pools, smiling under Rometta’s fountains. This Unesco world heritage site is a wonderful location for who decide to marry far away from the chaos of Rome diving into a natural and fantastic atmosphere.

Thank you Chad and Susan! 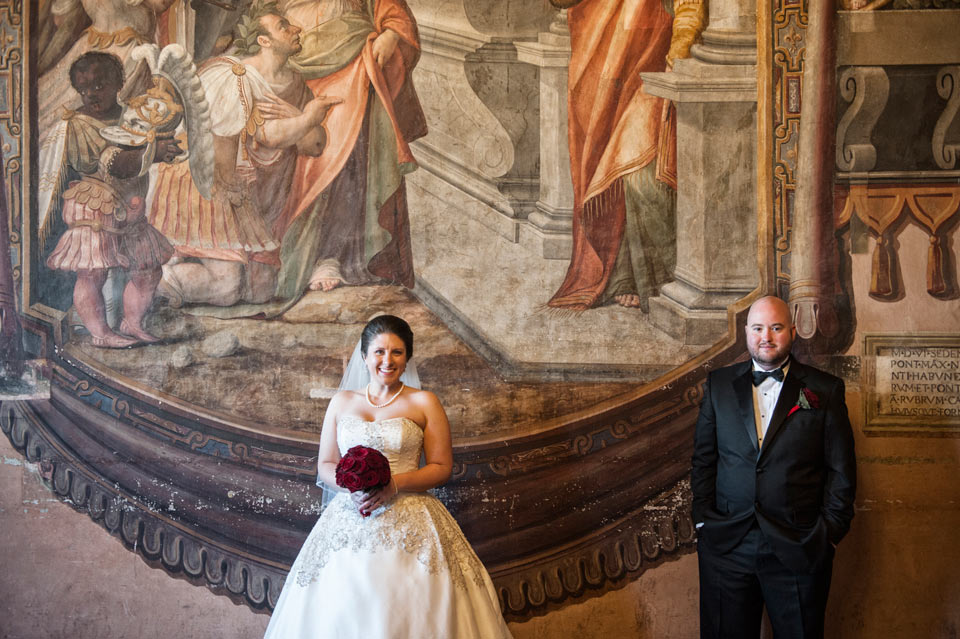 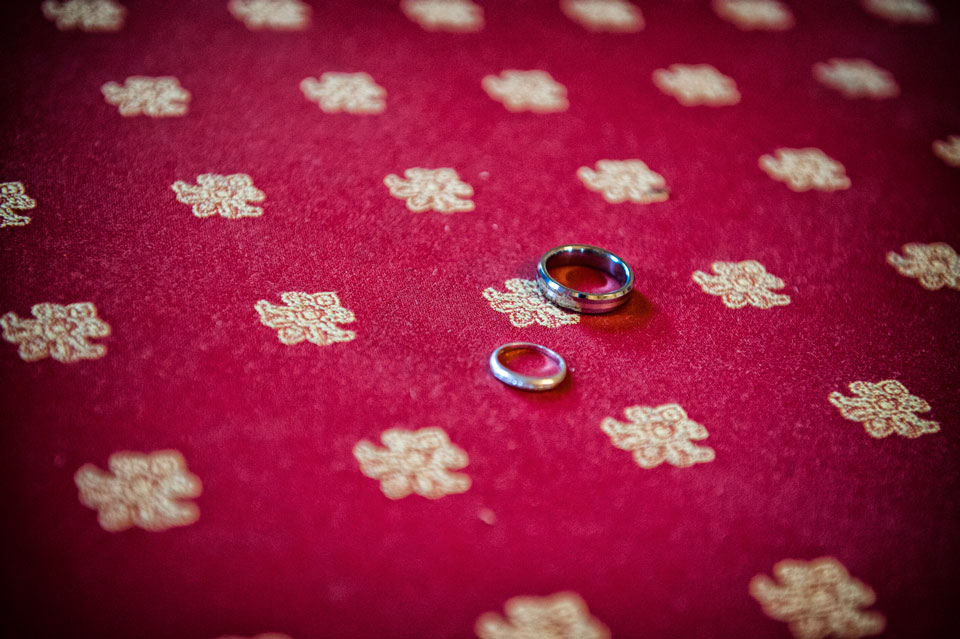 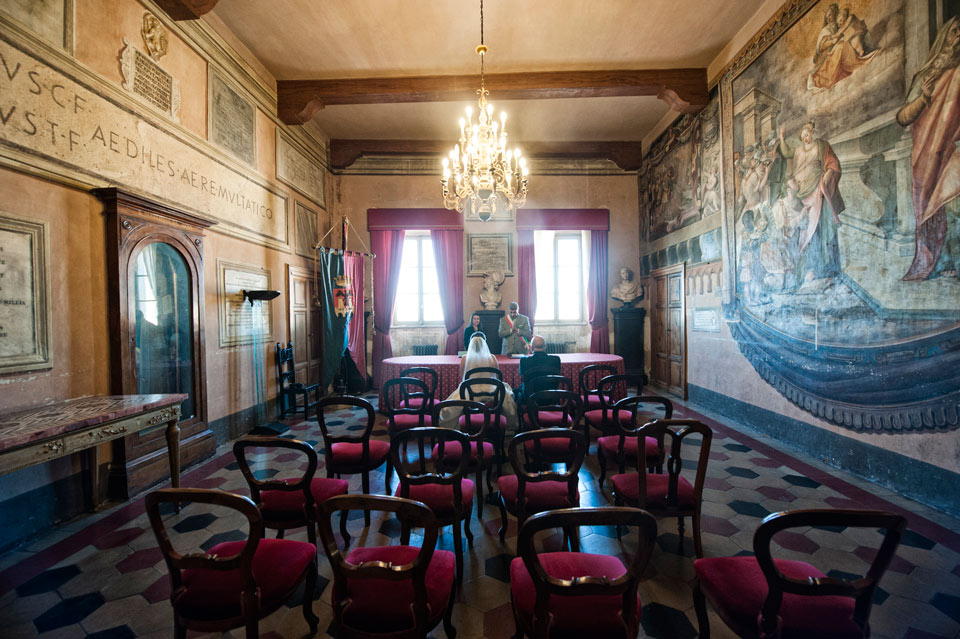 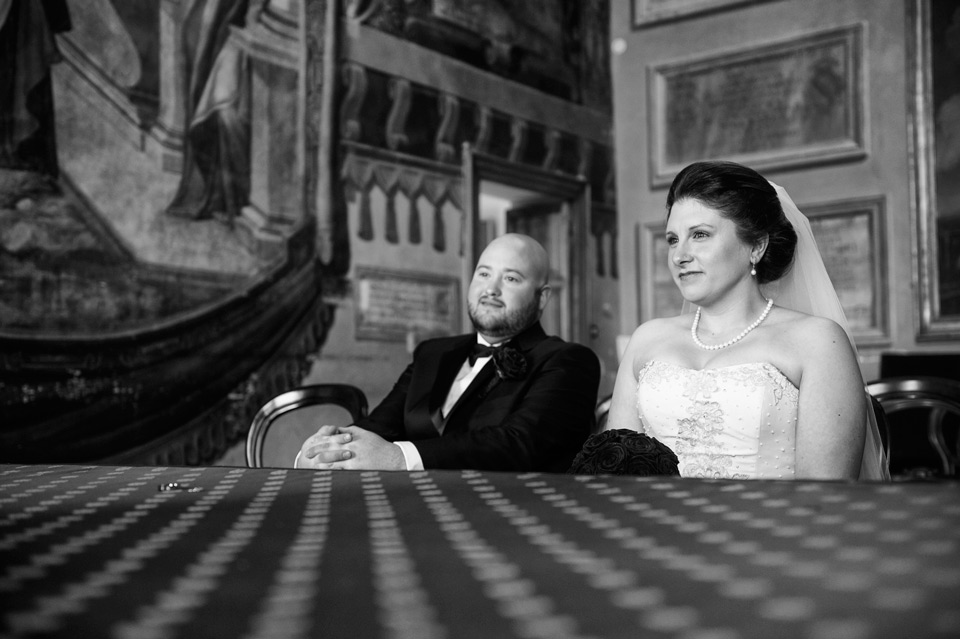 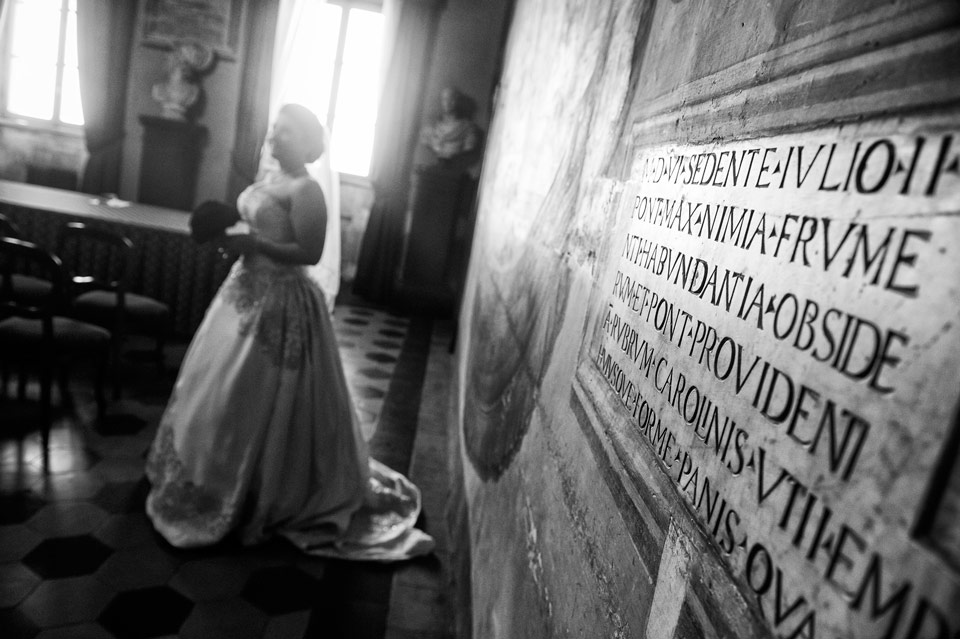 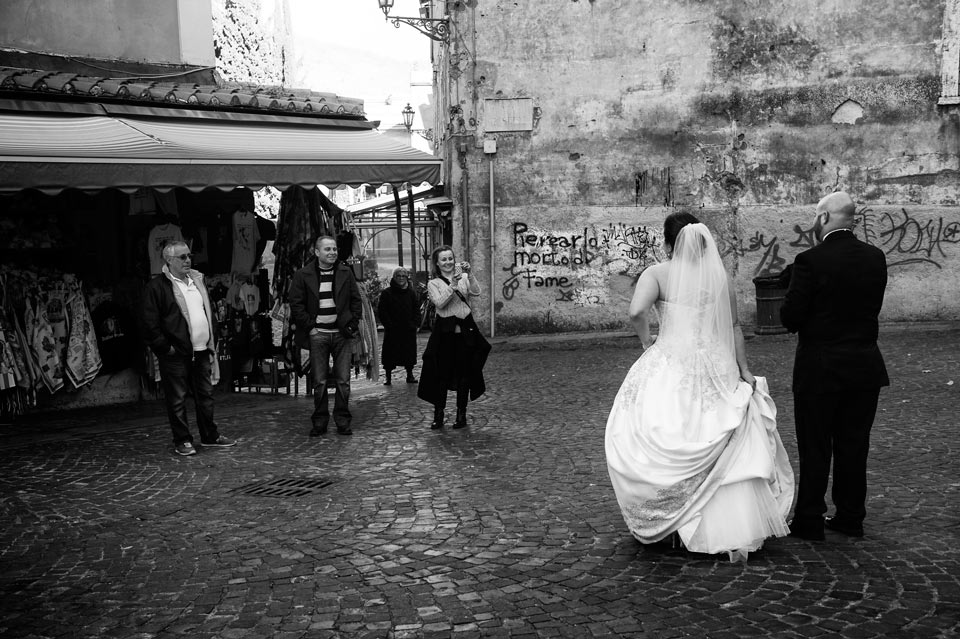 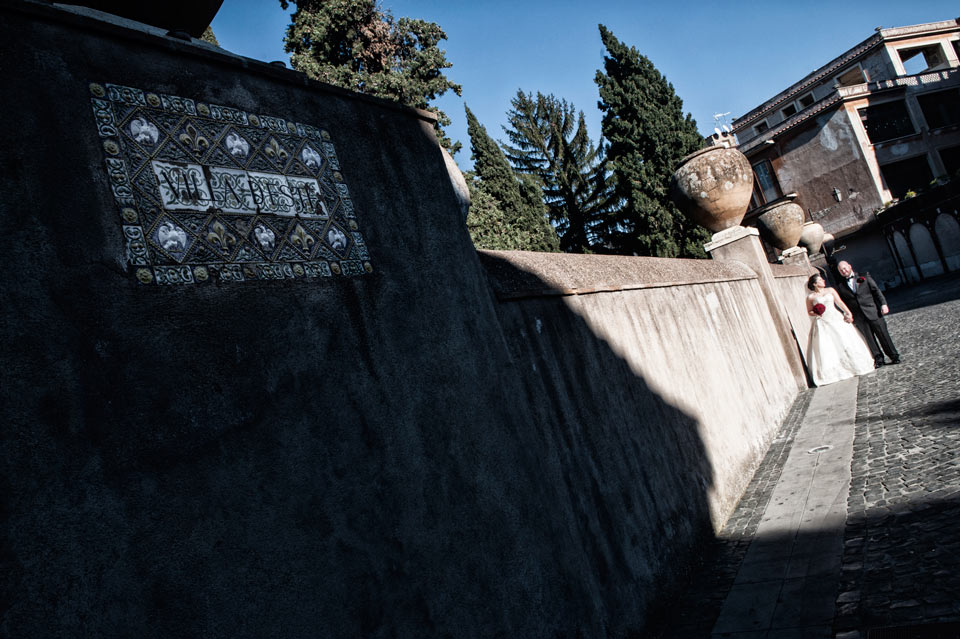 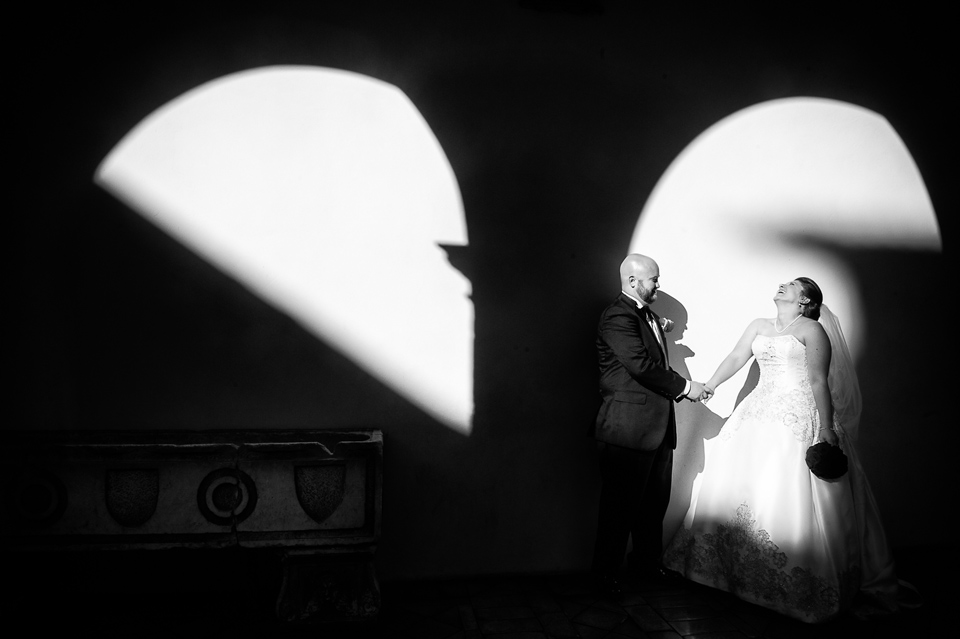 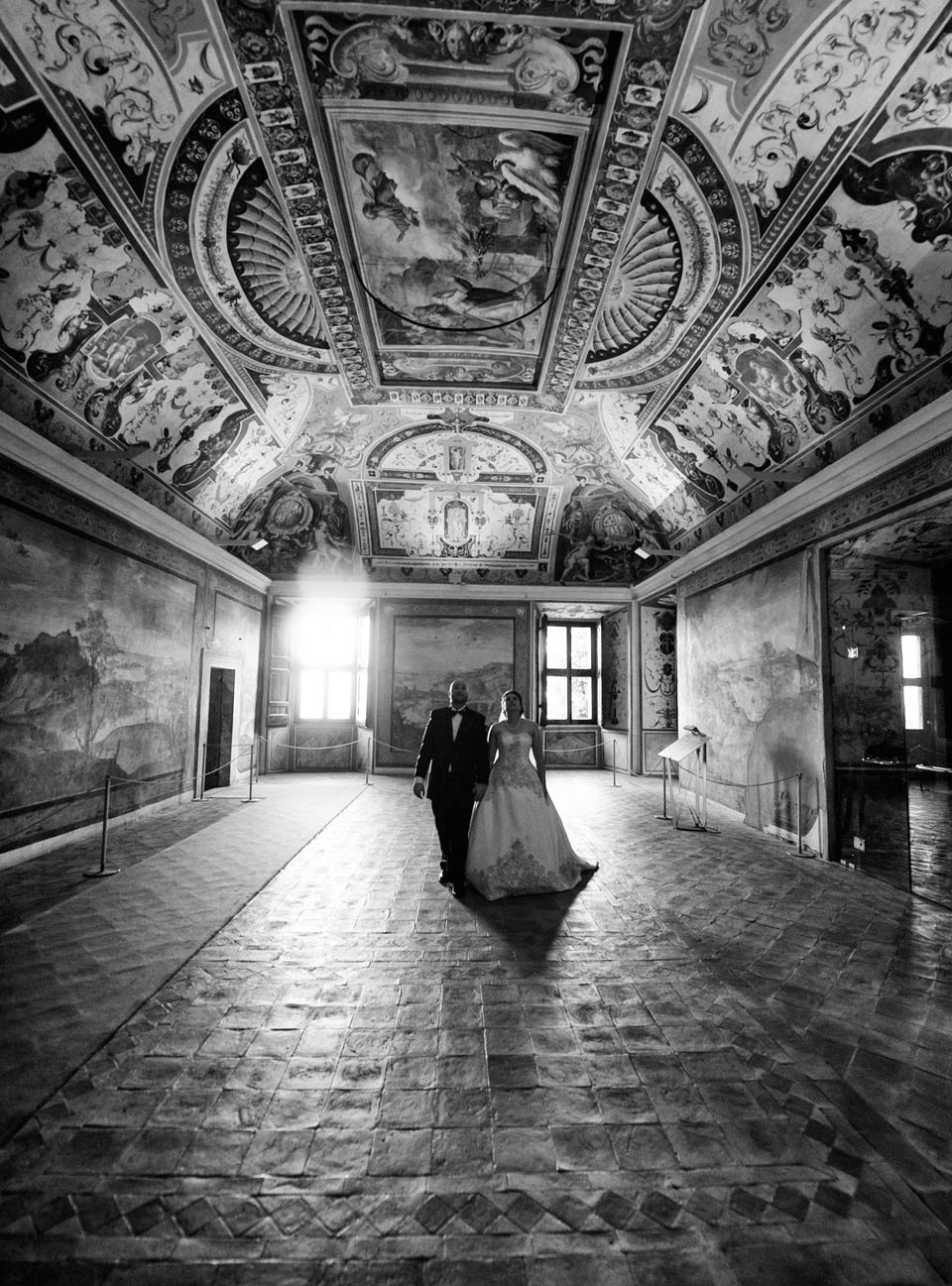 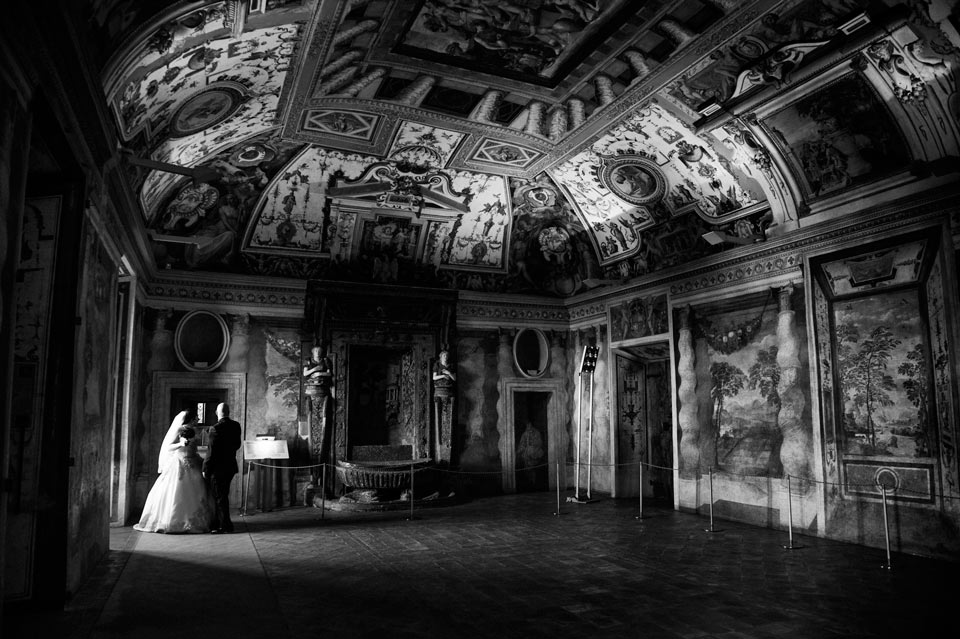 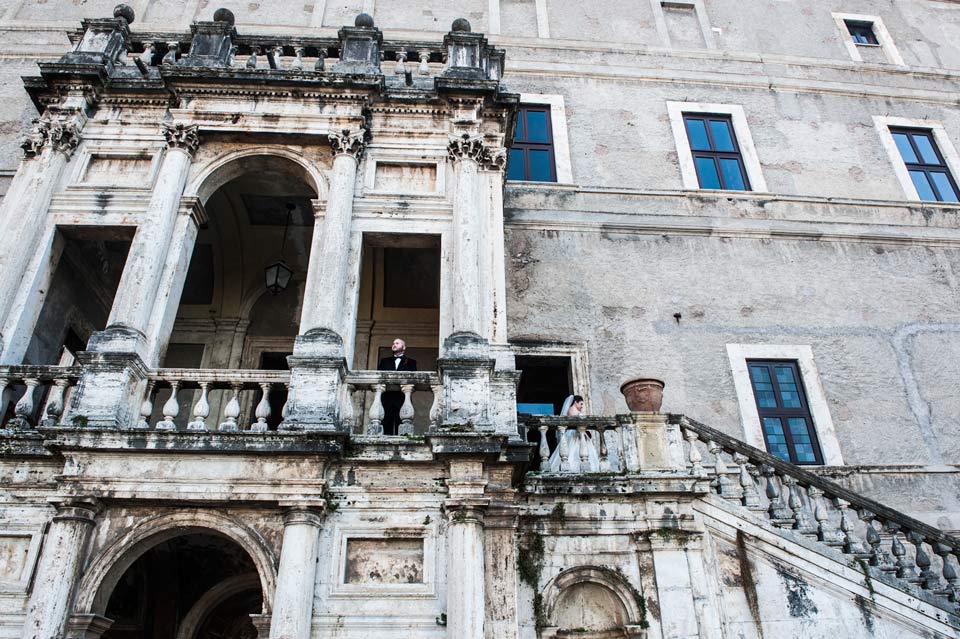 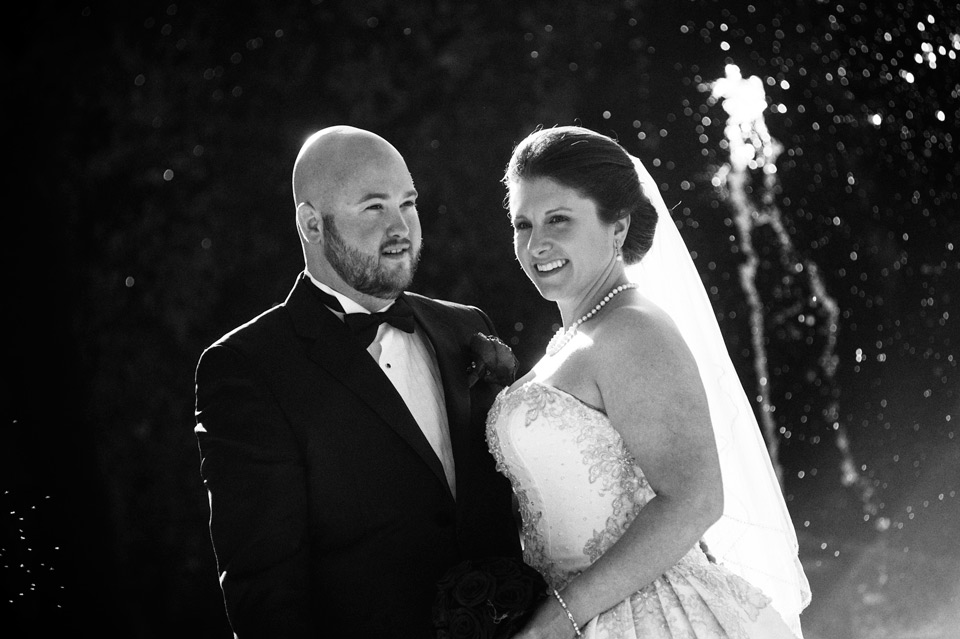 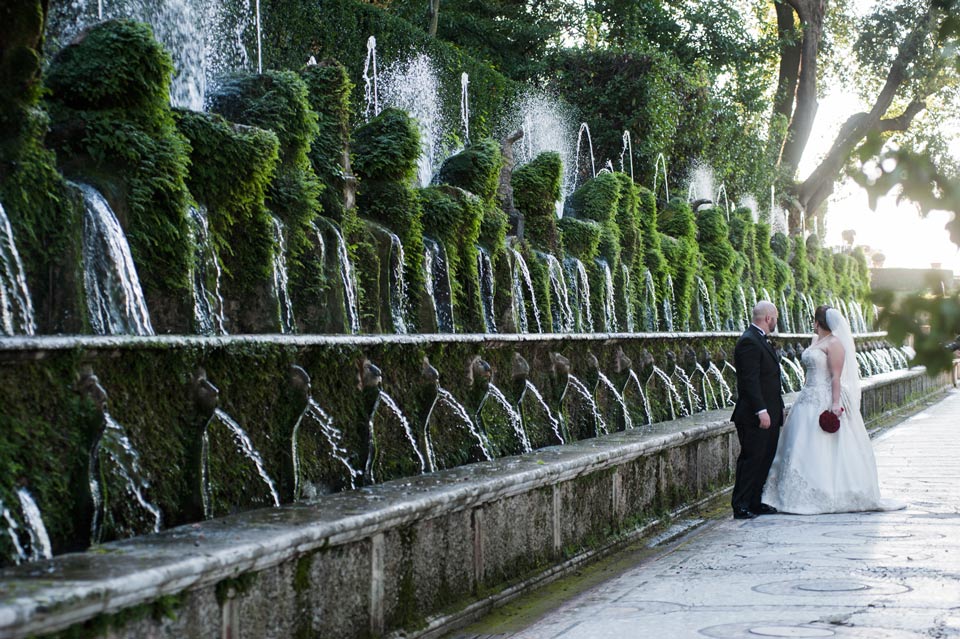 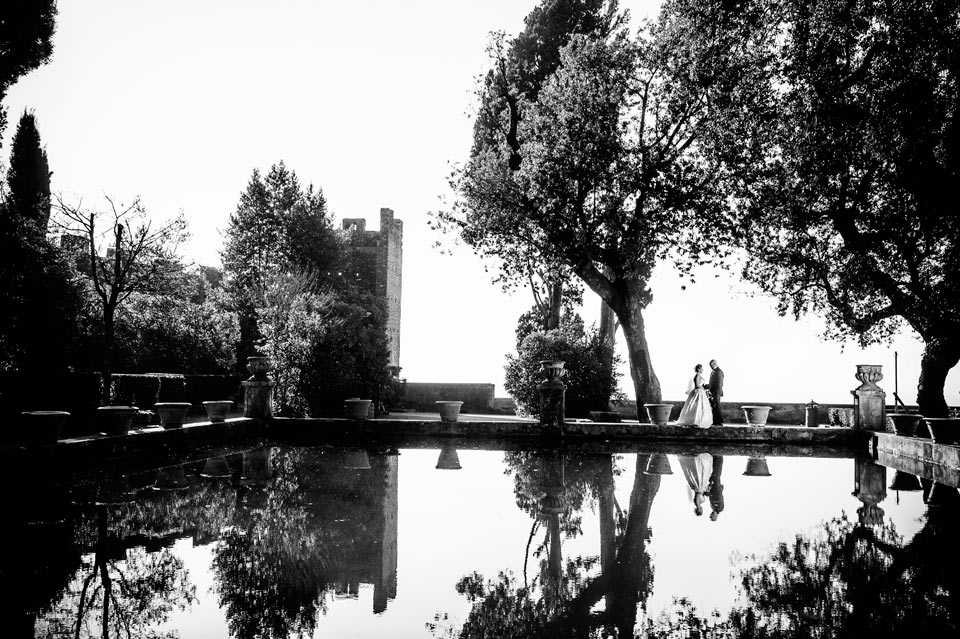 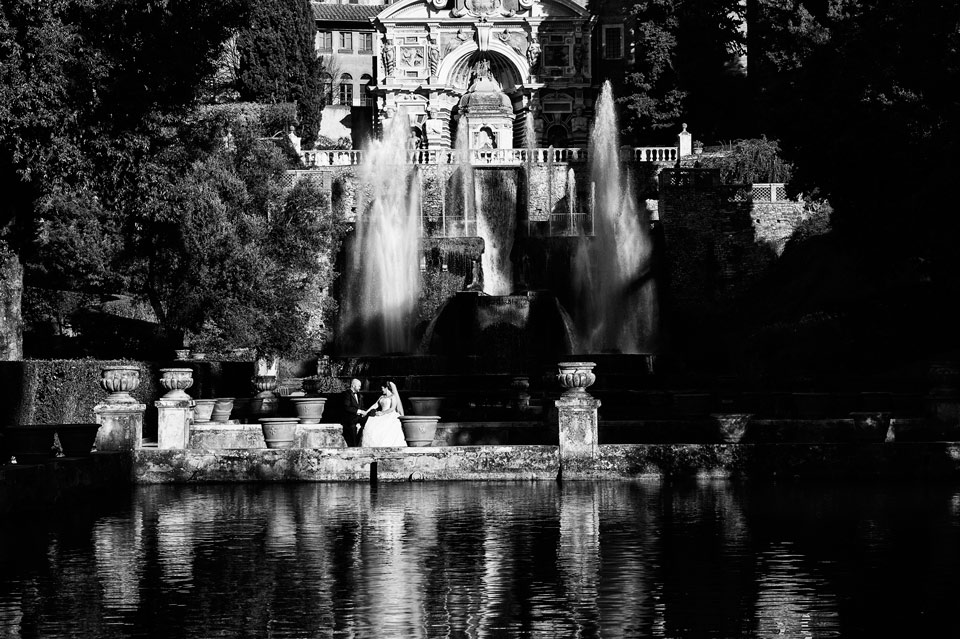 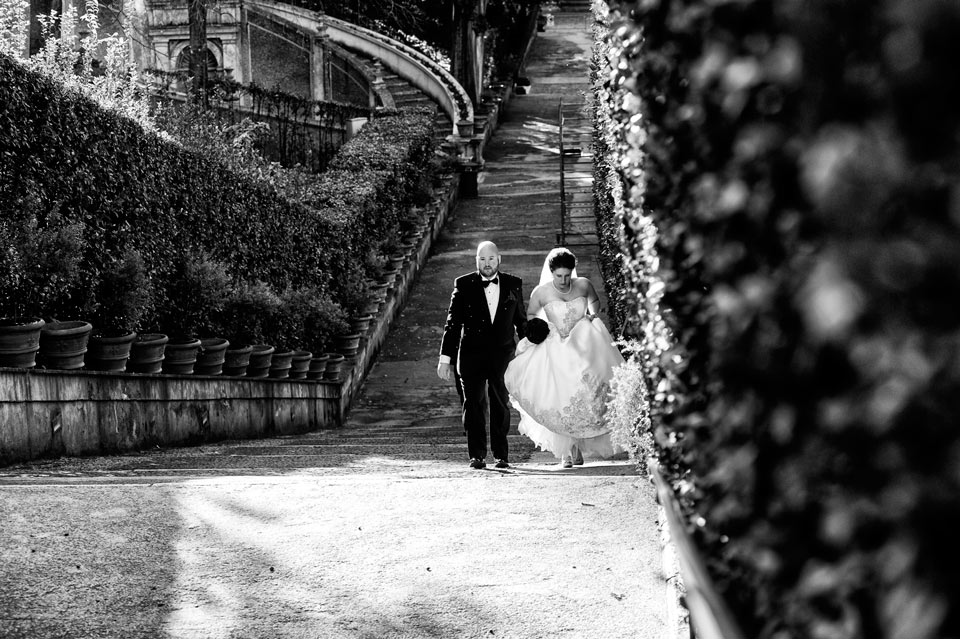 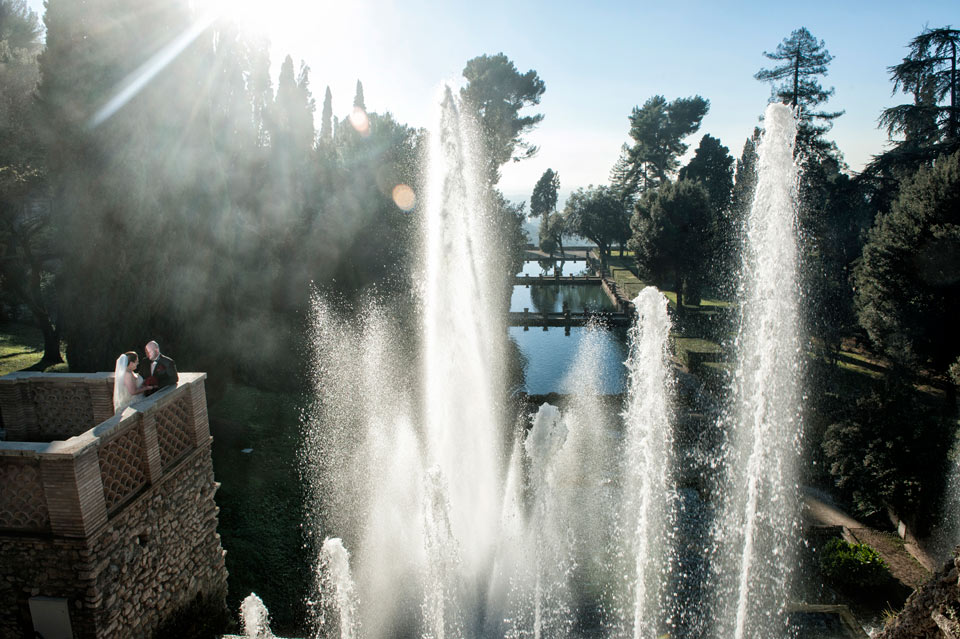 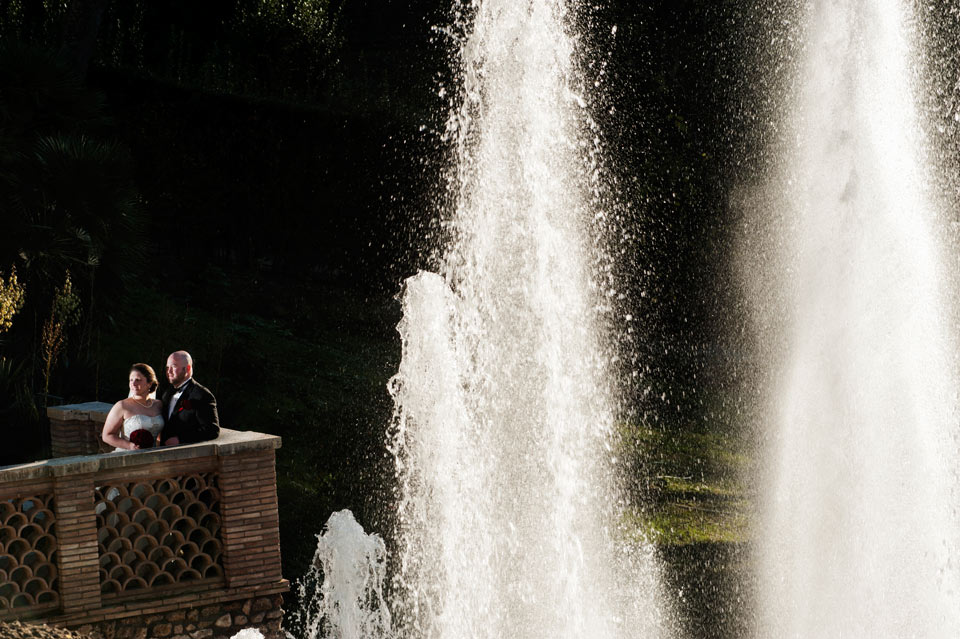 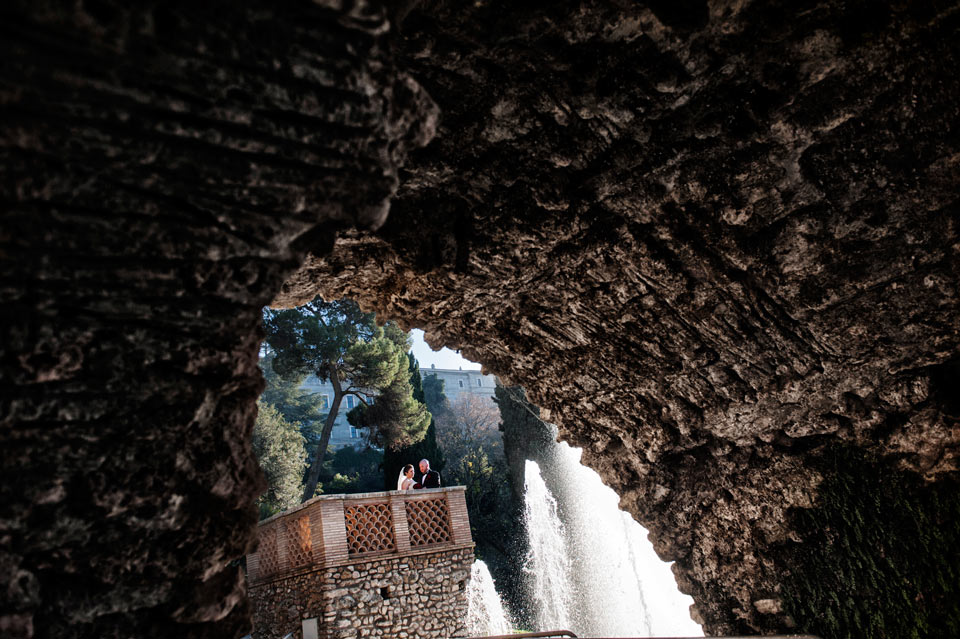